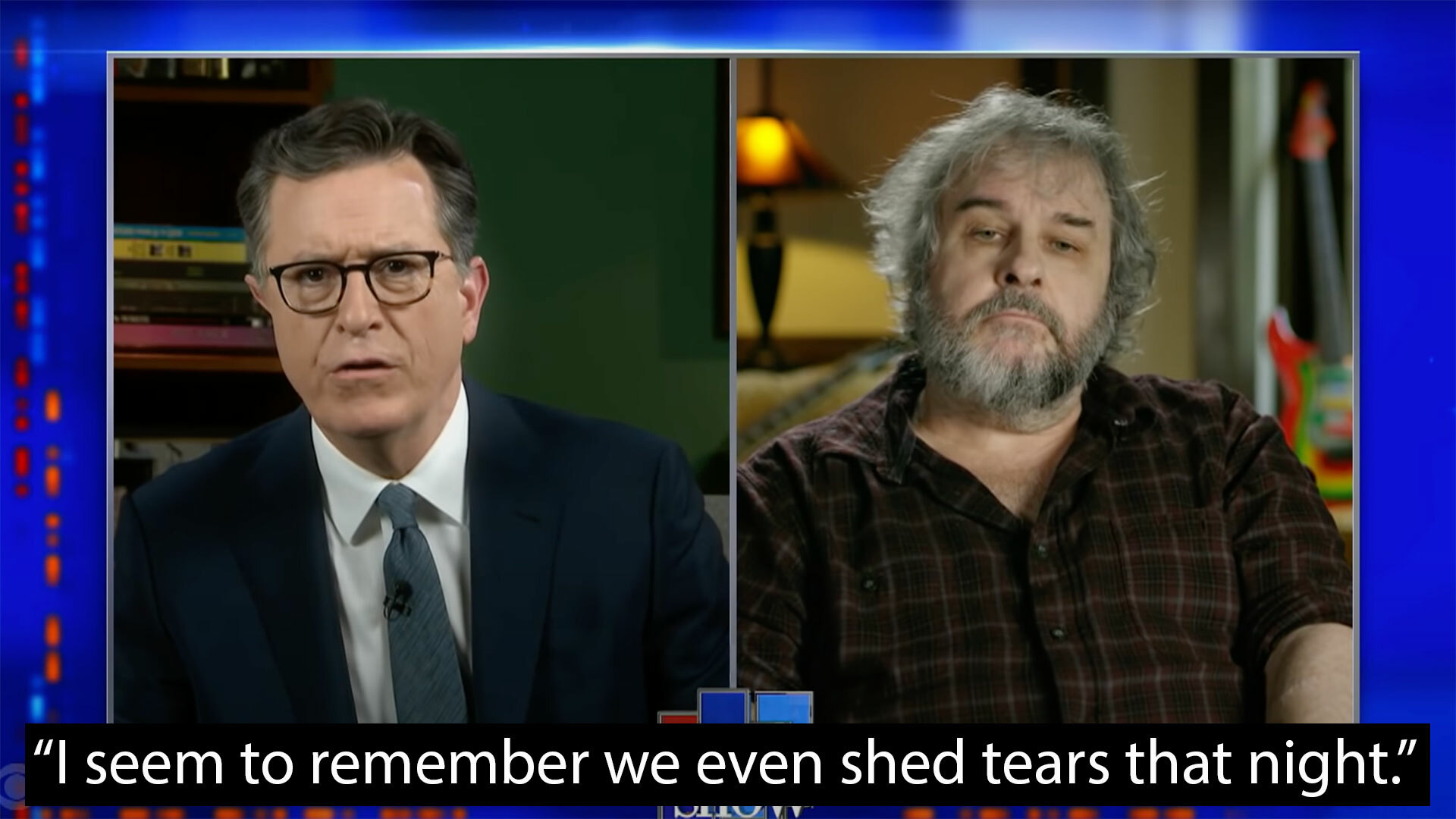 Remember when Stephen Colbert went to New Zealand a couple of years back? As well as hanging out with PM Jacinda Ardern and trying his hand at rugby, it turns out he also found some time to see his old friend Peter Jackson — but they’re not really allowed to say what happened during the visit.

“We can’t talk about the night I showed you all that secret footage,” says Jackson in the clip above. The pair kick off an interview about the Lord of the Rings director’s new documentary The Beatles: Get Back, which follows the band during “Let it Be” recording sessions and for which Jackson was given access to 56 hours of behind-the-scenes video.

“So I shouldn’t mention that two years ago, when I was in New Zealand, I spent the weekend at your house and we spent eight hours over two days watching raw footage that you showed me in the editing process?” responds Colbert.

“No, that would cause me huge problems if you even breath a word of it,” Jackson says. “I seem to remember we even shed tears that night?”

Colbert’s response? “I think I burst into tears when you said I could watch it.”

The Beatles: Get Back is available to stream now on Disney+.