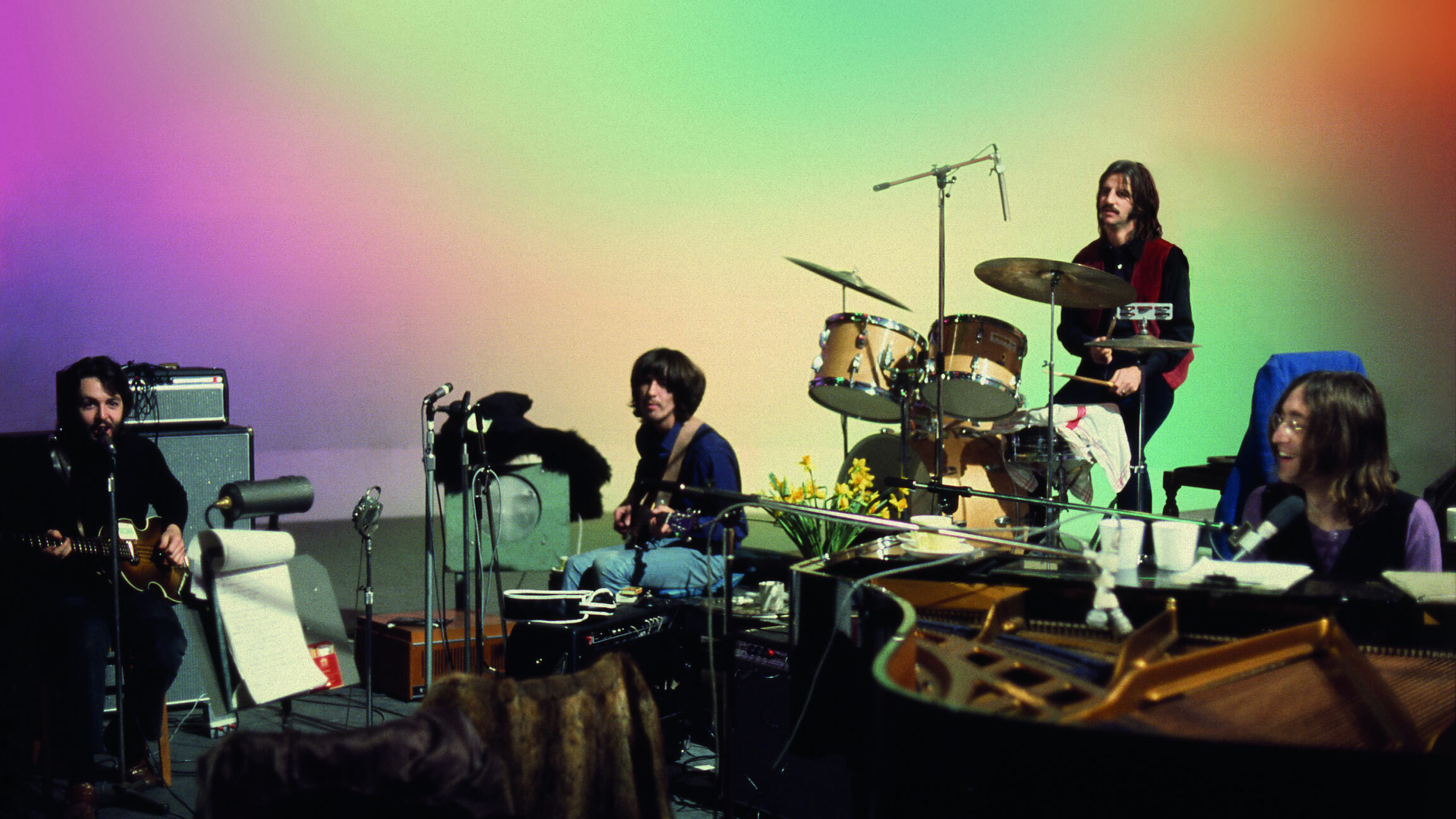 The act of creation is a messy thing.

It’s energizing and tedious; gentle and violent; beautiful and repulsive. It can be all of those things or none of them. The only constant is unpredictability and the magic that’s never more than a stray idea or offhand remark away from bursting into brilliant life. The Beatles: Get Back is an exhaustive document of this process that defies any notions of “process.”

Peter Jackson’s trilogy of Disney+ documentaries more than earns its almost 8-hour running time, which very nearly rivals the filmmaker’s acclaimed Lord of the Rings series. For decades, the final word on The Beatles’ demise as a band has been the infamous recording sessions for Let It Be. The reality, it turns out, is not nearly so simple.

The sessions that led to The Beatles’ final album release and penultimate studio recording (Abbey Road was released earlier but recorded later) have long been viewed as the breaking point in their eight-year journey together. That belief was fueled by a long-buried 1970 documentary from filmmaker Michael Lindsay-Hogg, which is notable for portraying disharmony and acrimony between the band members.

Jackson’s take isn’t so much a remake as it is a more complete perspective. Lindsay-Hogg crafted his 80-minute documentary out of more than 60 hours of behind-the-scenes material. By virtue of its running time alone, Get Back presents a fuller picture.

It’s more than that, though. Jackson saw something in the vaulted studio footage that painted a different picture of the Let It Be sessions than anyone outside The Beatles organization had ever known. This wasn’t where The Beatles explicitly ended, Get Back contends. It’s four friends trying their damnedest to make their magical collaboration work one more time. There were aggravating factors during the recording that widened cracks that were already there, but the actual day-to-day work of building the next Beatles album was much more frequently a joyous and playful affair. 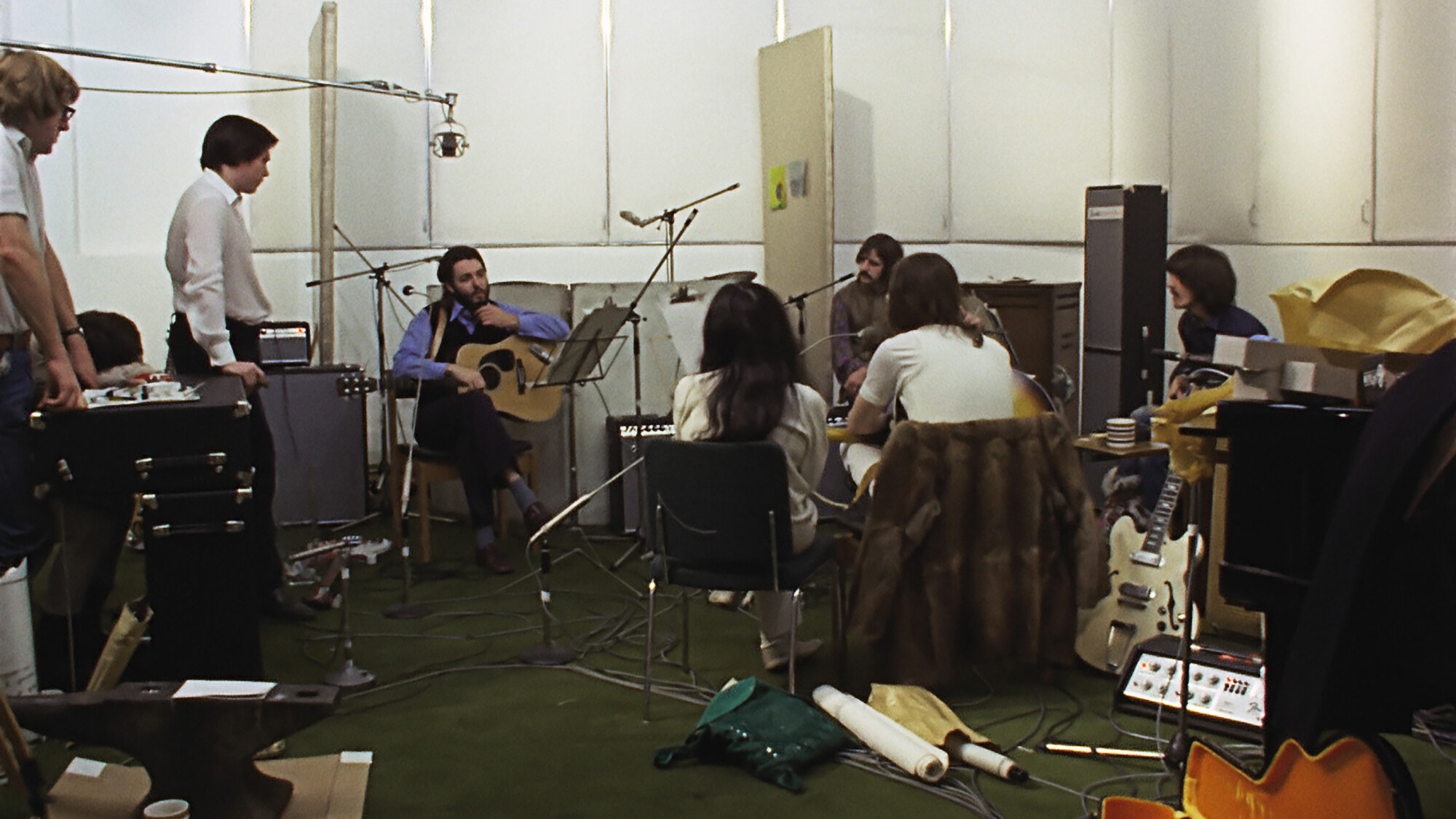 Get Back says all of this implicitly. Jackson forgoes documentary trappings like narration and talking heads in favor of a cinema vérité approach that lets the footage roll with as little authorial interference as possible. Occasional subtitles and intercut archival clips build out the context to put a finer point on one moment or another. You’ll know, for example, when you’re hearing a performance that made the final album cut. But Jackson’s role here is more curator than director.

He didn’t shoot this footage, and he didn’t really monkey around with it in any way. He simply pored over the hours and hours of material collected by Lindsay-Hogg’s team and teased out the Beatles story that unfolded organically in the space of one month: January 1969.

Get Back charts the creation of Let It Be, using the helpful framing device of days being crossed off a calendar to count down to the band’s famed rooftop concert, where several final versions of the album’s tracks were recorded. It’s not always coherent, but that’s reality for you. Some days were wildly productive, with John Lennon, Paul McCartney, George Harrison, and Ringo Starr firing on all cylinders as they shaped the contours of some of their most beloved musical numbers. But even the dull moments crackle with creative energy.

Much will surely be said about Part 1’s lightning bolt moment, where we get to see Paul working out the foundation of “Get Back” at the first moment the song took shape. The otherwise unremarkable scene shows Paul sitting with George and Ringo, idly noodling out chords as his bored bandmates look on while they wait for a late-arriving John to show up.

Paul’s strumming is just ambient noise… until it isn’t. The basic chord progression of “Get Back” slowly surfaces as Paul scats along in the rough cadence of the song’s lyrical delivery. While he plays, George and Ringo shake away their blank, bored stares and gradually tune in as they start to groove along.

We get to see Paul working out the foundation of “Get Back” at the first moment the song took shape.

Many such lightning bolt moments are scattered across Get Back, and they come in all different shapes and sizes. A short while after “Get Back” is born, an extended back-and-forth between Paul and John — not an argument so much as a friendly-but-firm exchange of ideas about how to approach a particular number — ends with George almost off-handedly informing the group that he’s done for the day and won’t be back tomorrow because he’s quitting The Beatles.

Even that seemingly apocalyptic development, which was never chronicled in the original Let It Be documentary, is its own unlikely step in the creative process. George’s sudden exit sets the band reeling, leading to one of the documentary’s few substantive conversations between Paul and John about their respective roles within The Beatles. George isn’t gone long in the end. Yet the shakeup created by his unexpected departure reverberates back into the band’s continuing work on Let It Be.

We also get to see how outside influences collide with and influence The Beatles’ process. John’s then-girlfriend Yoko Ono, a person who has long been demonized as a key player in driving the band’s demise, is a fixture in most scenes. She doesn’t forcibly assert herself into the creative process. And the rest of the band treats her with kindness, but she’s there. In various small moments, we can see glimpses of the push-and-pull John surely felt as he tried to reconcile his feelings for Ono with his feelings for his bandmates.

The course of Let It Be‘s construction is similarly shaped by other players who enter the picture. Lindsay-Hogg himself is a regular participant, sometimes finding himself at odds with the group as he pitches wild ideas for the band’s first-time-in-years live performance, which was set to mark the end of the recording sessions. There’s also ample time devoted to how people — like recording engineer Glyn Johns, producer and so-called “fifth Beatle” George Martin, road manager Mal Evans, and Billy Preston, who provided Let It Be‘s keyboard tracks — touched Let It Be in their own way.

It always comes back to The Beatles, though. The revelations that pour out of Get Back‘s every frame, over the whole running time, paint a picture of four emotionally complex individuals who have absolutely been through it together. It’s easy to forget that when they initially blew up as a pop sensation, The Beatles were the Backstreet Boys of their moment. 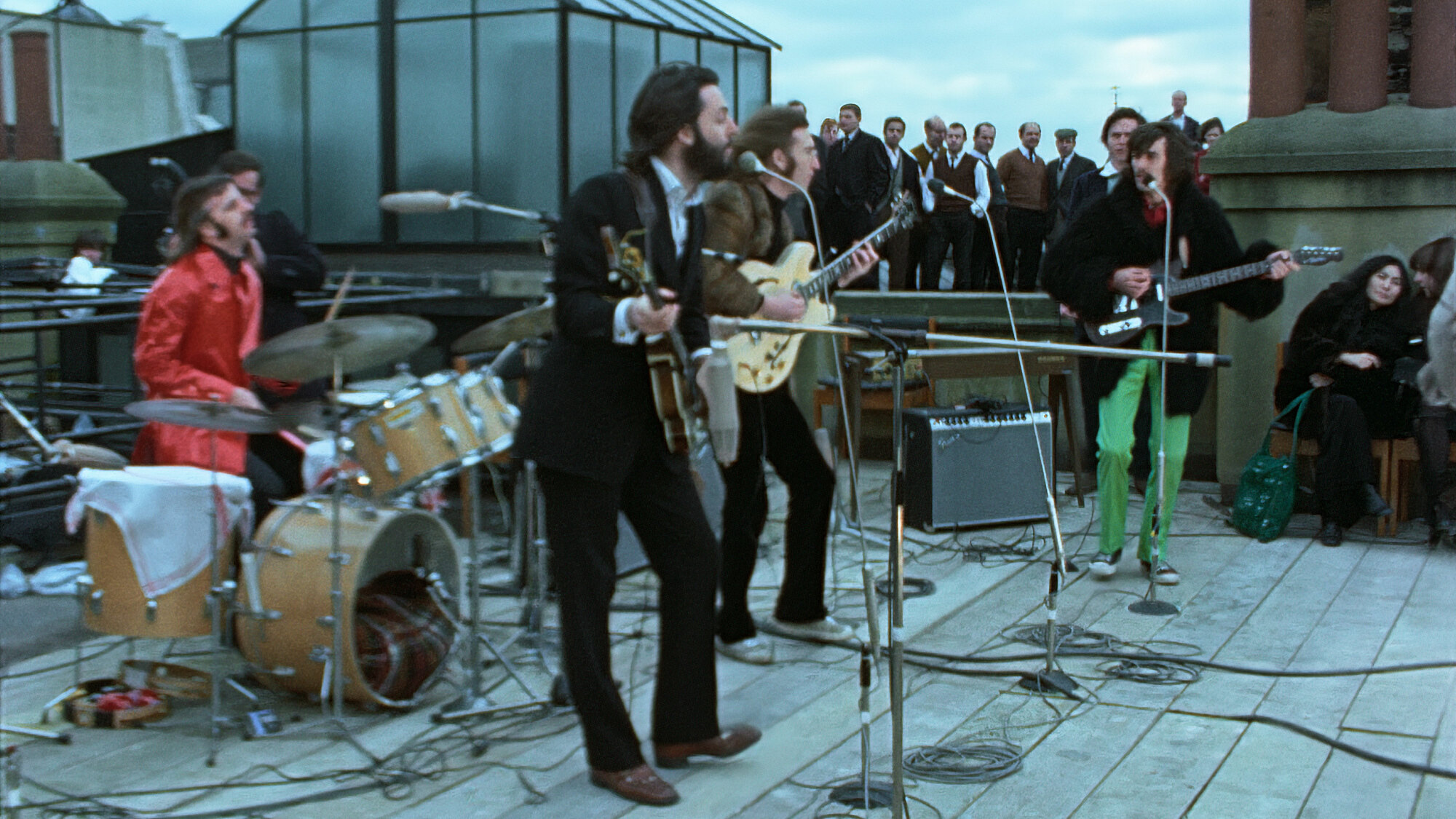 They were barely in their 20s the first time they visited America. These not-quite-adults knew an intense kind of celebrity for a string of years before they stopped performing live and started figuring out who they actually were. As their music matured, their individual interests and impulses carried them in different directions. When they gathered to record Let It Be at the beginning of 1969, they didn’t know they were barreling toward a break-up. But the cracks that ended The Beatles were already there. They’re plain to see in Get Back. Jackson’s curation doesn’t shy away from the more difficult moments during the recording sessions; if anything, it drills into them as deeply as possible.

The picture that emerges is painted in heavy shades of grey. There’s so much love evident in every studio moment, even during the dicier exchanges. Let It Be may have been built under duress at times, but Get Back illustrates how much of that process was a generous exchange of ideas between strong yet mutually respectful creative personalities.

Nonetheless, this isn’t an easy thing to watch, and not just for the occasional burst of acrimony. All three parts of Get Back clock in at more than two hours, and the first two parts cut perilously close to the three-hour mark. While Jackson has a clear day-by-day structure that’s easy to follow, that doesn’t necessarily mean each day is fully coherent or narratively fulfilling.

For a Beatles nut, of course, the more shapeless moments in Get Back are part of the appeal. The Beatles were an enigmatic bunch in their day, particularly during the later years of their time together. Get Back shows us the men themselves — John, Paul, George, and Ringo — as humans. There’s lots of goofing around. Discussion about what to eat. Idle glances and furtive eye rolls. The cinema vérité approach turns viewers into a fly on the wall in a studio with the freaking Beatles. For the dedicated fan, this is a treasure trove of revelations. It’s not going to hit everyone like that, though.

‘Get Back’ illustrates how much the creation of ‘Let It Be’ was a generous exchange of ideas between strong yet mutually respectful creative personalities.

The commitment required to sit through even one part of Get Back is fairly daunting, and the hazy, misshapen pace of things makes it difficult to keep up with what’s happening if you’re dipping in and out. To be clear: This is absolutely what Beatles fans of the world want to see. But Get Back was originally conceived as a feature-length film. One wonders if that shorter version may yet surface as a tighter alternative to Jackson’s three-part smorgasbord.

The whole production reaches its climax in the third part when The Beatles finally step out onto the roof of their Savile Row recording studio in London and kick off what will be their final live performance together. Ten cameras, including one positioned on a roof across the street and several down at ground level, give Jackson enough coverage for split-screen views to show different angles on the band and to capture the reactions of Londoners as the music plays on. Notably, Get Back delivers the entire rooftop performance: Nine takes in total, covering five different songs.

It’s an emotional finish, less for the band — who seems perfectly pleased to be done with the hardest part of Let It Be — than it is for the viewer. The seven hours leading up to that electric moment are necessary to really sell it, and the concert lands like a gut punch. This is The Beatles, for better and for worse, in all their energetic, tedious, gentle, violent, beautiful, and repulsive glory.